A suite of twelve planographic prints on T.H. Saunders mould-made paper, large variants of the series of images in the accompanying book: On Certainty by Ludwig Wittgenstein, edited by G.E.M. Anscombe and G.H. von Wright, the German text Uber Gewissheit, translated by Denis Paul and G.E.M. Anscombe, with an introduction by Arthur Danto, and with twelve illustrations by Mel Bochner; published in an edition of thirty suites, plus five artist's proofs and five printer's proofs.

The Artist Statement text is as follows:

In 1971 I made a series of drawings titled Counting Alternatives: The Wittgenstein Illustrations.  The prints in this suite are based on those drawings.

My work, during the early 1970s, focused on the relationship of thought, language, and vision.  I had come to the realization that language forms a crust over thought, and predetermines not only how we see, but what we see.  It was this dilemma and my search for the means to break through it that led me to read Ludwig Wittgenstein’s On Certainty.

When I initially conceived of illustrating On Certainty, the first question I had to address was “what is the illustration of an idea?”  The Latin root of the verb to illustrate is illustrate—“to light up”.  Taken in this sense illustration has nothing to do with depiction.  An illustration is (as in Medieval manuscript illumination) an idea brought to light.

Next, it seemed to me that it was not the individual images, as much as the sequence of images, that would make clear the narrative development, the constant circling and doubling-back of Wittgenstein’s approach to philosophy.  Only a series of images could show how doubt was imbedded in method.

The matrix that underlies my images is derived from the Classical model of the square, quartered and crossed, which from Leonardo to Dürer to Descartes symbolized the structure of reason.  In my drawings for On Certainty this scaffold represents “the given”, the field, as it were, where thought becomes visible.  The geometry of the configurations creates the syntax.  Counting is the flow of mental energy.  Decisions (hence doubt) must be made at every intersection.  The handwritten (not drawn) numbers, their change of pace and imperfection, represent the spontaneity of thought.

A fundamental hypothesis of my work has always been that ideas are tools.  My intention in these drawings was not to use Wittgenstein’s ideas as found objects, but to work with them, to extend their references into the domain of the visual, and, in so doing, puncture the crust of language.

I think of my work from the mid-1960s through the early 1970s as a kind of numerical landscape.  My hope is that the viewer will be able to enter this landscape and explore it, using my art as the map. 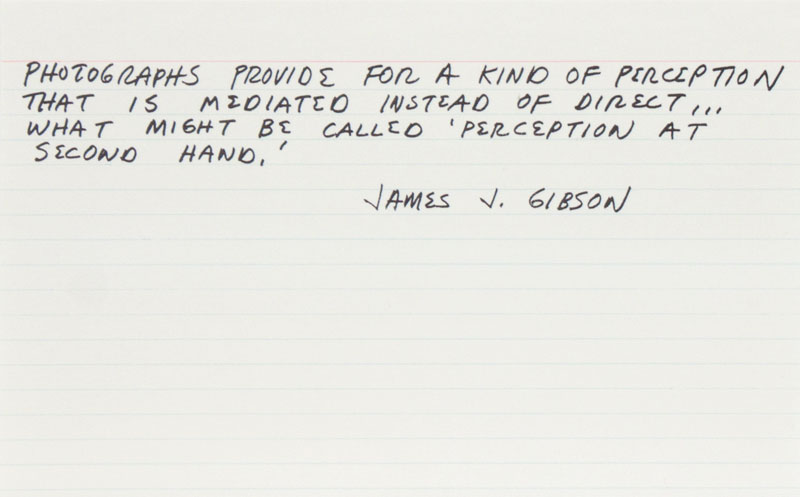